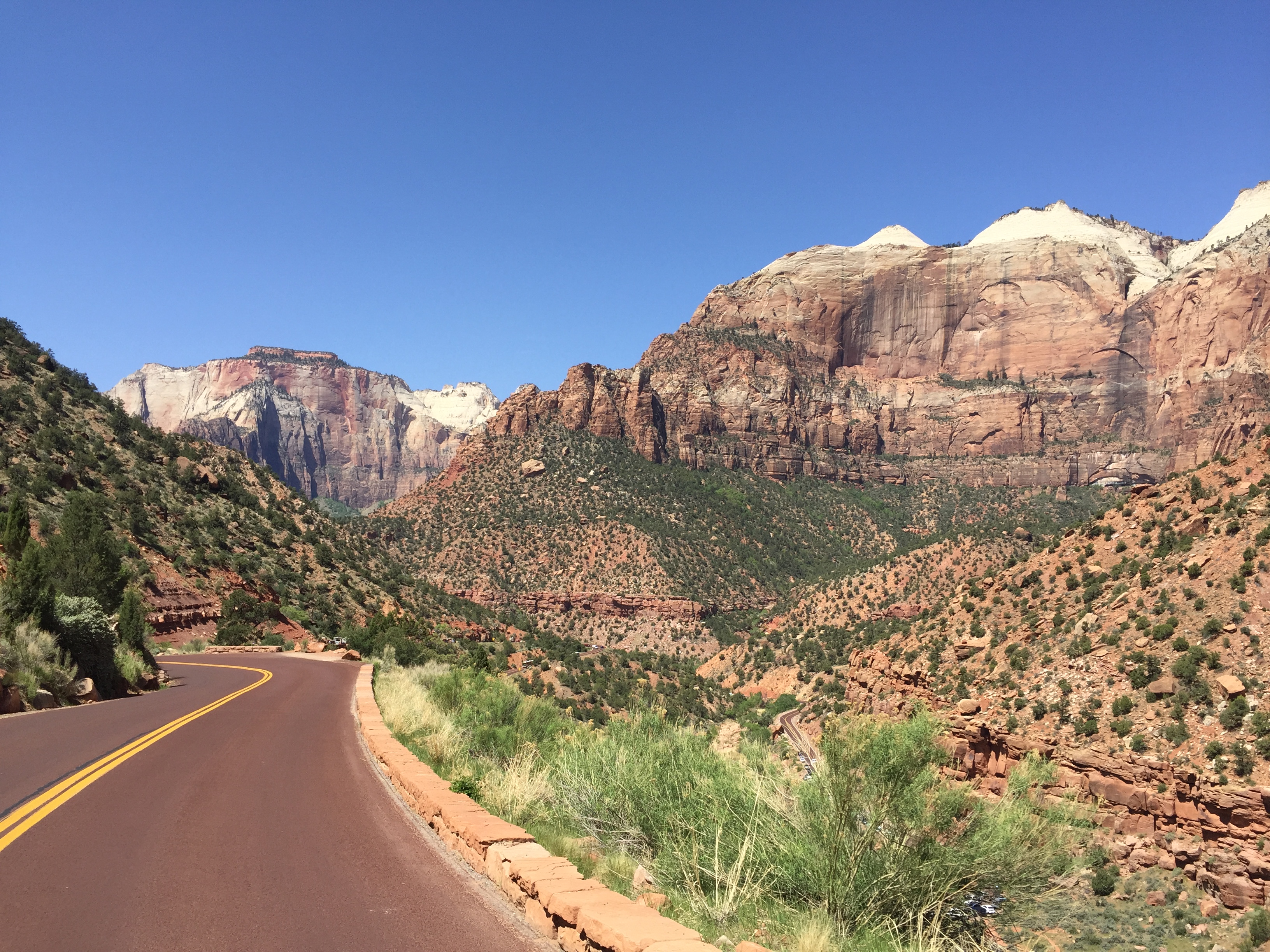 In the US, everyone drives, and I drive as well. Here, renting a car is the same as taking a bus in Europe. One of the reasons are really long distances between everything and lack of alternatives to get there. In the United States, a 2-hour drive is considered to be nearby. Driving from Chicago to Denver (almost 1200 km) is easy, nobody double think that. We and a lot of our friends make such raids regularly, waking up early to be in Colorado late in the evening.

Thanks to great roads these raids are not so hard (until countryside or the side trails, there may be serious surprises). For a foreigner in the USA, first time driving could be confusing for the vestibular apparatus, which is not accustomed to the track construction and the sloping sides of the road. For me, it was shocking and I tried to slow down on turns instead of speeding up.

Speed. Each town or village in the USA can set the speed limit at their own discretion. Moreover, the sign may be in one or two places, but most of the time you guess what speed is allowed in this area. Similarly, it is the quest to find a speed limit on the side roads. Otherwise you guess or try not get caught by the police hiding in the bushes. Sometimes, like in Chicago, the speed limit does not matter because either everyone drives 20 miles faster or just stuck in the traffic jam. During 2 years, I saw police just once on Chicago interstate. They were trying to catch the truck, and I don’t know how it ended. Generally, the policemen in the bushes is not a metaphor, but their usual way to hide. They even hold competitions here of who will come up with a better hiding place (the winners did not only hide in the bushes, but climbed on the garage roof). It is important to know that if police stopped you, the driver must sit still until they come and ask. If you start moving, you can get shoot.

Another thing that neither me or anyone can understand is a sudden stop on the interstate after driving 70 miles an hour. There is a driving style – 70 miles, stop, 70 miles. I’m constantly nervous because I never know whether I have time to slow down.

The style of driving is very different from state to state and from city to city. The two worst places in the America are New York city and Los Angeles. In New York city, for example, it’s better to not drive at all, especially in Manhattan. Locals are well aware of this, which is why taxi is so popular. Probably, there isn’t a more aggressive driving place in the world. The traffic rules in Manhattan are optional: you will be cut and pushed, drivers make U-turns suddenly, drive over flowerbeds, you will be honked at punished for an error, and fined for 2 minutes of overdue parking. In general, it is a myth that drivers are polite in the US. It is polite and quite only in suburbs and small towns. In big cities, you will see everything: from three lanes trying to get into one creating a traffic jam, and cutting off without a turn signal, and racing through all three or four lanes, and many more. If you get into an accident, you should move the car away to not interfere with traffic. Demonstrated through my sad practice, a policeman cannot determine who caused an accident and can just leave it to be figure out by drivers.

Two solids mean nothing. On many occasions, they can be crossed. Guess when you can turn or make U-turns.  There are only signs restricting. Unless otherwise noted, you can do the right turn on the red signal but not in all states. It’s similar with rules and road signs. There is a small book for rules of the road with general description. Road signs fit into half of one page. All the other information is written on the road signs in long English sentences. In the same time, you can take the driving exam in any language. It’s a mystery how non English speaking part of America drives.

In addition, each of the 50 states has its own driving rules. There is its own driver’s license. If a person moves from one state to another, he/she must take the driving exam.

Since each state has their own rules, there are will be a huge sign “State Law” when crossing the state border. At a speed of 75 miles per hour, I have never been able to read any of those texts, written in small letters. Also, you will be warned about all other situations such as “you can pass but be careful”, “ahead is the repair work”, “it may be better for you to choose another road”, “a part of the road will be closed at a certain time” as well as million other tips, bans, warnings, and more. I often have to urge to pull over and read. Especially in the evening, when it is not visible.

There are a lot of toll roads or toll lines, most of which are automated. Each car has “boxes”, sensors that pay for travelling from your credit card. There are often no people, and if you don’t have these “boxes”, you have to record on what mile of the road you crossed the point of automatic payment. Then, go through the quest of finding where and how to pay online because you will be sent a fine.

What I really love during long trips in the USA is the rest areas. These are usually well-equipped huge areas with a building. There you can: eat and drink, walk a dog, have a playground for children, go to the toilet, drink water (in the US everyone believes in the healing power of water, so it will be almost everywhere and it costs nothing). You can also find out about the state: what to visit, notable people, history, get maps and booklets, or even visit a museum; sometimes you can take a shower, and grill almost everywhere. These recreation areas are located, depending on the load of the route – at a distance of 20 or 150 miles from each other. Since rest areas are funded by state taxes, architecture and services will depend on the wealth of the respective state.

Many roads, especially in touristic states such as California, Colorado, Utah, and Arizona, are also equipped with viewpoint places. There, the nature is really wonderful. This in itself may be a travel plan. Some of the roads are just breathtaking. My TOP-5 looks like this:

The winner is Road Number One in California or PCH. I highly recommend driving it from start to end. We did it twice. The route goes through the Pacific coast and has many exits to beautiful parks with hundreds year old sequoias as well as spectacular sights of wildlife gathering and architectural monuments. One of them is Hearst Castle which is one of the two castles in the US open for visitors.

On Arizona Highway 179, there are a fascinating and bizarre landscape of red mountains and cactus trees. There are many parks, so it’s easy to go hiking with incredible views.

Colorado – I would say that almost every road is spectacular. There are mountain roads everywhere through canyons and lakes. There are a lot of remarkable sights for hiking, campsites and more. Pikes Peak is considered the most beautiful, but I like the road to my house across the canyon by the mountain river.

Blue Ridge Parkway is a road connecting the Shenandoah National Park in Virginia with the Great Smoky Mountains. Landscapes of deciduous forests and waterfalls are more common for a European eye. There is an unusual fog enveloping the mountains which often clears up opening fabulous sights. Here are you also can visit other beautiful castle – Biltmore.

Of course, road number 66. I was surprised at the length of the road. Only a very small part of it inspired the cartoon Cars. The most interesting part of it lies in Kansas between the cities of Galena and Baxter Springs.

There is a separate resource where all the most beautiful roads in the United States are described https://www.fhwa.dot.gov/byways/

I am sure if you go on one of these trips it will be definitely remarkable.